New new new! We love an English wine and whenever we can add a new beauty we will leap on the opportunity. This is something we've been after for a while and now we can find out all about it!

Hush Heath Estate, situated in Kent, dates back to 1503. At the heart of the property is a Tudor manor surrounded by 162 hectares of perfectly manicured gardens, vineyards and apple orchards. Forward thinking Richard Balfour-Lynn first planted vineyards on the property in 2002, with the aim of making England's finest sparkling Rosé, Balfour Brut. Today, Hush Heath's 15 hectares of vineyards and 8 hectares of apple trees are meticulously and sustainably managed by a family of viticulturists.

They recently launched a non-vintage, Leslie’s Reserve, and the Hush Heath range comprises of still wines, Skye's English Chardonnay, Manor Pinot Noir and Nanette's English Rosé. Their orchards also produce Jake's Kentish cider and, a unique new product, a Sparkling English Apple Wine. These are all made from estate grown fruit by winemakers Owen Elias and Victoria Ash. Owen Elias, both winemaker and cider maker, is a four-time winemaker of the year by the UK Vineyards Association and has nearly 20 years experience making English wines. 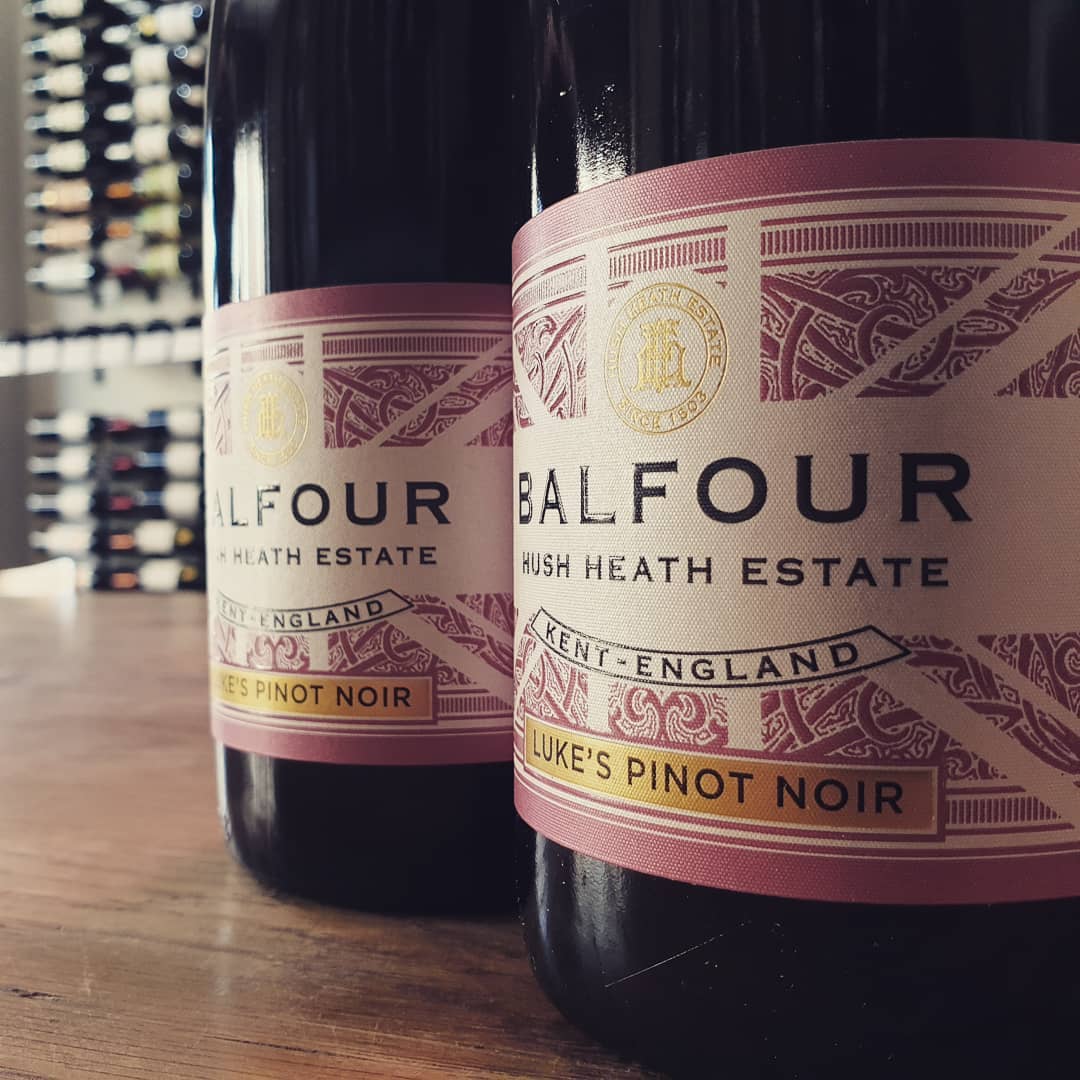 This stuff will keep the Burgundians on their toes. The quality is just amazing. Cheers!

Today we look at a brand new white which we are already massive fans of. A great producer working with a fantastic grape will always make an awesome final product.

Rapitalà, much like Sicily itself, is a mosaic of influences that comes together to create its unique identity. A marriage of Sicilian soul and French know-how, Rapitalà showcases the power and personality of Sicilian terroir with an elegant, French winemaking style.

In 1968, the French-born Count Hugues Bernard de la Gatinais, and his wife, Gigi Guarrasi from Palermo, inherited this estate from the Guarrasi family after it was destroyed by an earthquake. The winery was soon rebuilt and vineyards were replanted to include not only indigenous varieties, but beloved French varieties as well. At the forefront of the quality revolution in Sicily, Rapitalà was one of the first five producers on the island to offer estate bottled wines, starting with the 1976 vintage.

Today, Rapitala’s over 550 contiguous acres are divided into 180 unique vineyard parcels. Each parcel is managed, harvested and vinified separately, crafting optimal terroir expressions. As a result, Rapitalà has one of the longest harvest seasons, starting in August and ending in November, to ensure that each variety and parcel is picked at the right moment. 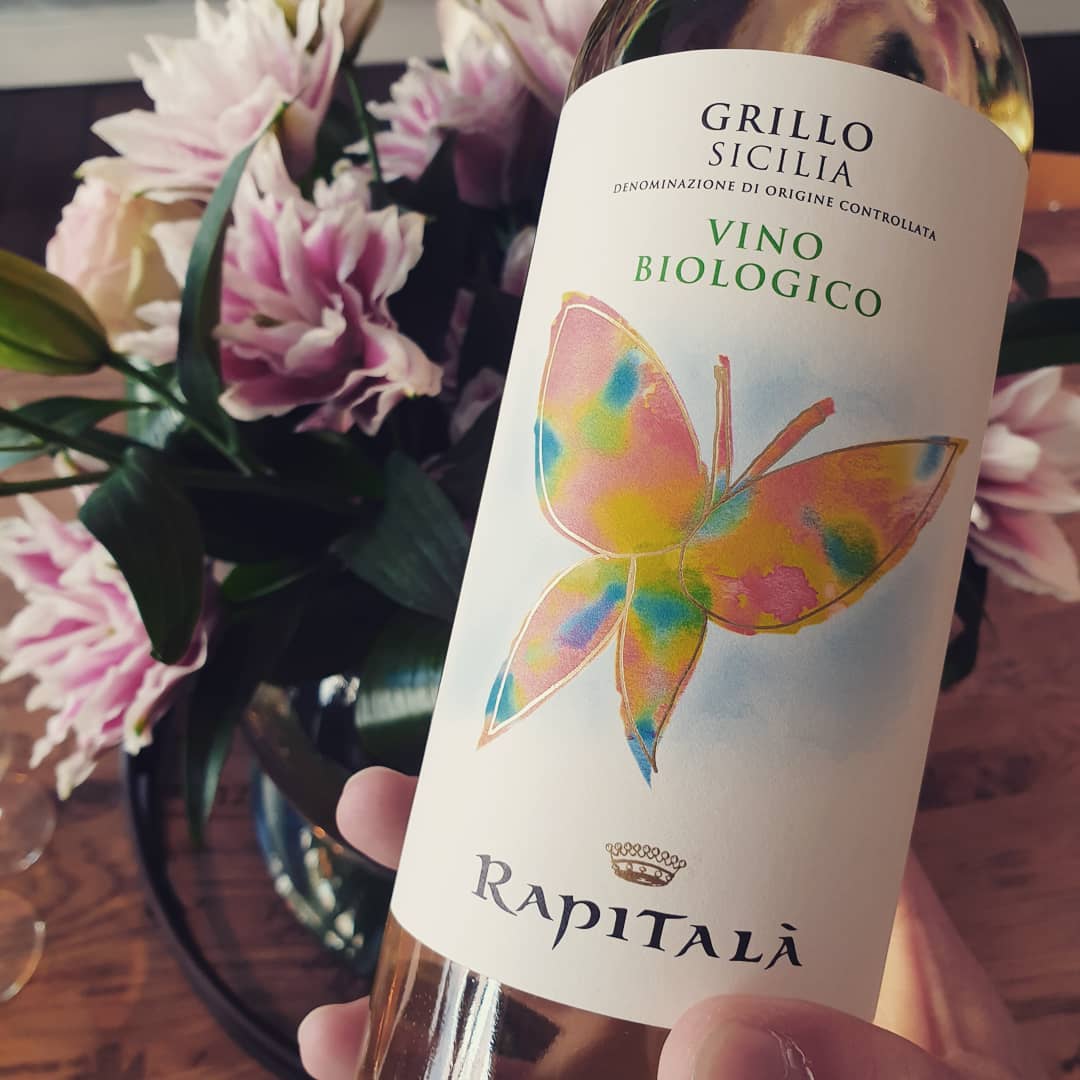 Tenuta Rapitala Grillo 2018 @ £11.95 - Buy it here!
This is a classic Sicilian style with aromas of citrus fruit, wildflower blossom and herbs, and a hint of barley sugar on the nose. It’s perfect with light pasta dishes, fish and poultry.

We have a few bottles available for you so don't miss your chance to grab one before it disappears. Cheers!

Today, we return to our roots. Domaine Gayda have been with us since our humble beginnings and they shall continue to grace our shelves. This one is pretty well known by you guys but sometimes it's nice to learn a little more, don't you think?

Situated in the foothills of the Pyrenees, surrounded by its vineyards, Domaine Gayda is a new destination in the Languedoc, 25km south west of Carcassonne, in the village of Brugairolles. Domaine Gayda has a passion for the traditional ‘cépages’ grown across the many diverse soils and climates of their vineyards situated throughout the Languedoc, giving “Provenance” to all the wines. While the grapes are rooted in tradition, the winery itself is all about the new, with investments in all the latest equipment and technology.

The latest addition to the estate’s collection is a limited edition range designed as an ode to Domaine Gayda’s spirit of creativity and inventiveness.

Inspired by The Passenger, the classic pop-rock anthem by Iggy Pop, its inherently restless character is expressed through a red and a white wine that are made from a different vineyard, terroir and grape variety every vintage, underscoring its ephemeral nature. This ‘rolling stone’ concept is clearly mirrored in the labelling of En Passant with constantly changing imagery designed as a storyboard. 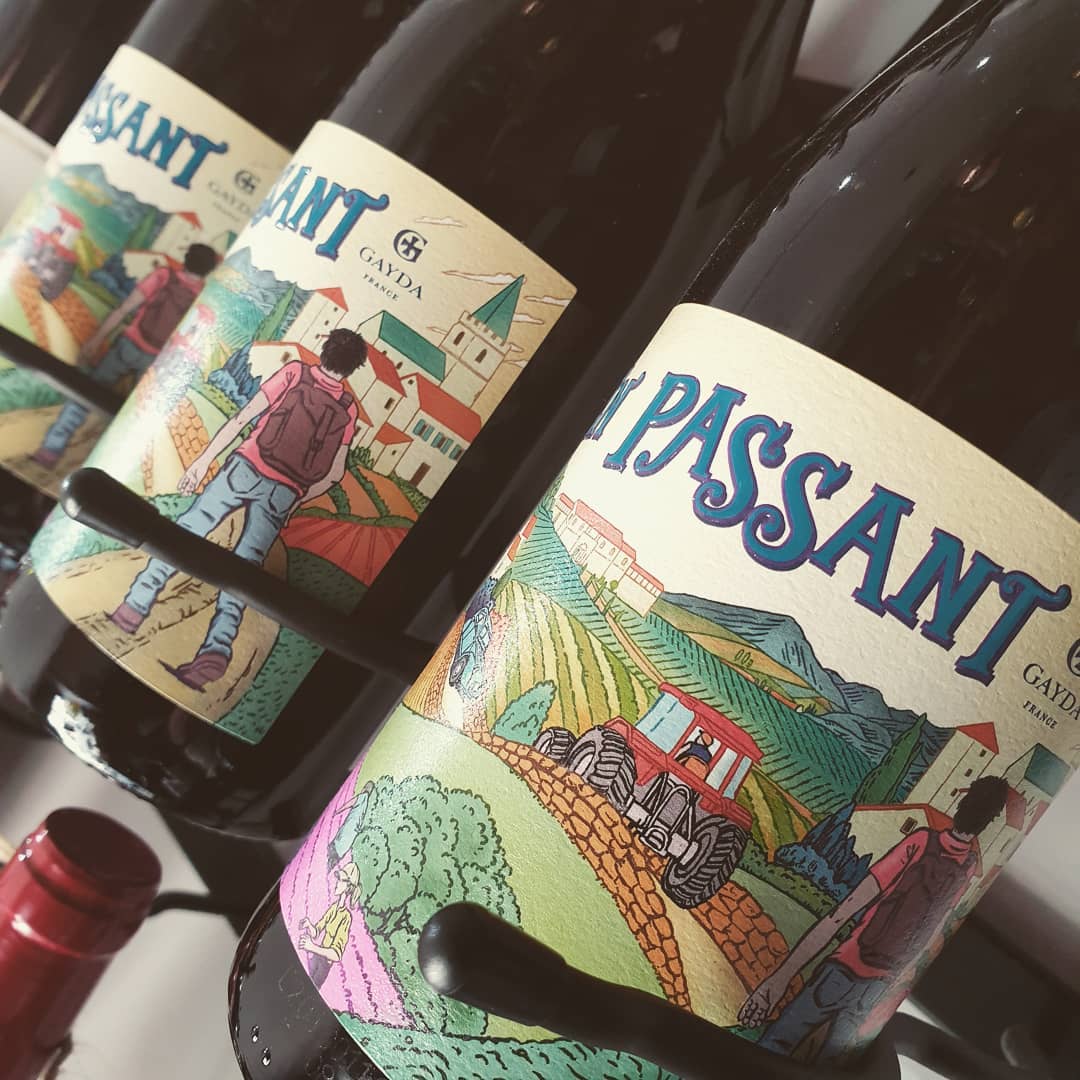 Domaine Gayda 'En Passant' Rouge 2017 @ £14.95 - Buy it here!
Dark in colour, with aromas of black fruits, violets and a little spice. Fresh on the palate, with juicy fruit, good tannins and a hint of liquorice

A genuine beauty. And not a bad price for it either. Cheers!

Pinot noir is a staple of any wine drinkers cellar. From simple and easy new world pinots to elegant and complex Burgundian examples. This one is of the latter category and is head and shoulders above many of its competitors.

The Ragot family have traced their wine growing history back to 1760 when Gabriel Ragot tended vines in Mercurey. About a century later, Louis Ragot established a property in Givry. There he not only grew grapes, but also a number of different crops and raised livestock.

Two centuries after the Ragot family began their winemaking, they chose to abandon their other sources of income and focus solely on their five hectares of grapes. By 1973, all of the production on the property, having grown to 7 hectares, was sold in bottle around France. The name of the domaine changed from Ragot Frères to Domaine Ragot, and was run by cousins Jean-Paul and Jean-Pierre Ragot. 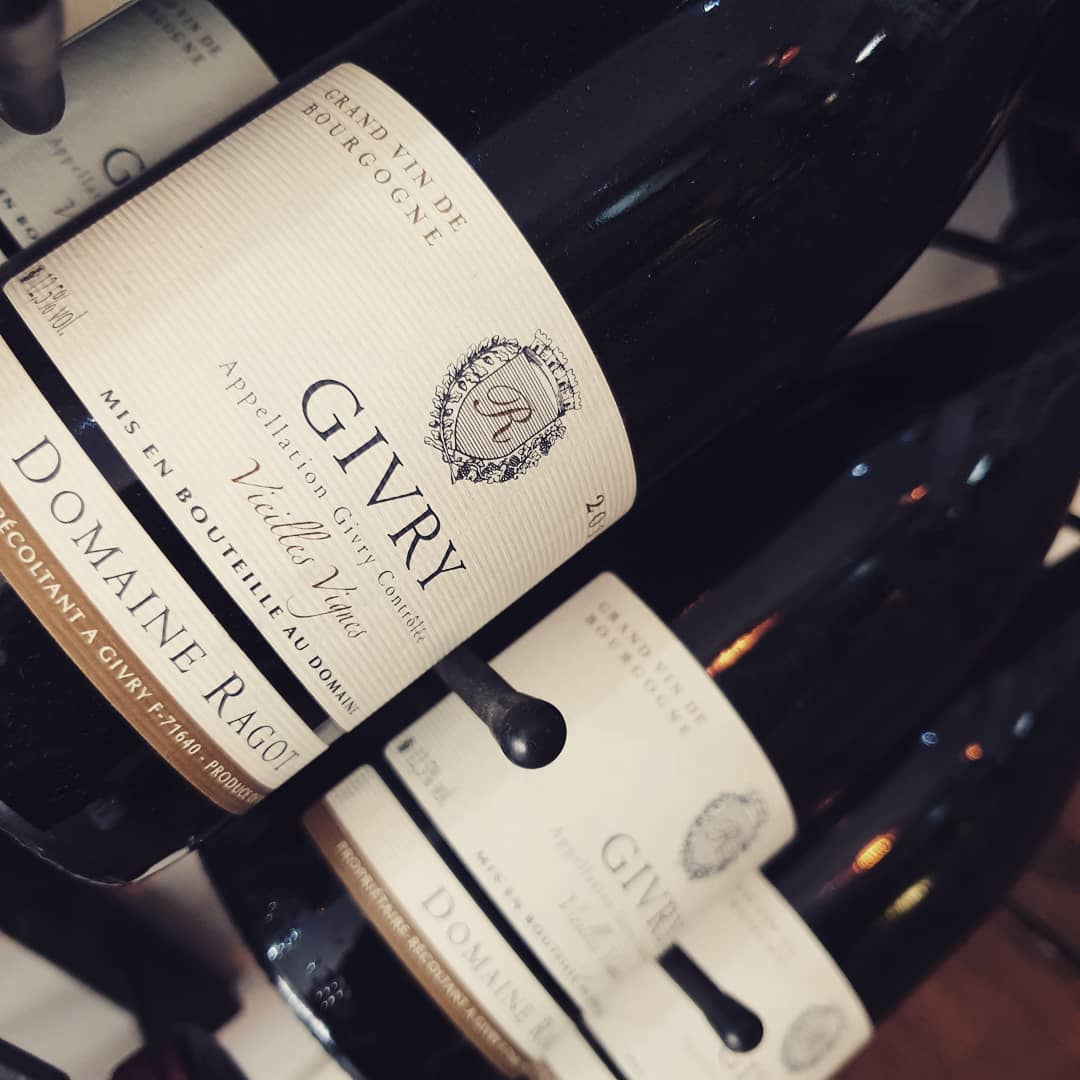 Domaine Ragot 'Givry' Vieilles Vignes 2012 @ £30.95 - Buy it here!
"The 2012 Givry Vieilles Vignes has that lovely red currant and red-plum bouquet, this time with accentuated floral scents. The palate is medium-bodied with a silky texture and a refined blackberry finish." Robert Parker

Not much of this left so don't miss your chance to get a couple before it's gone for good! Cheers!

Notorious Pink. We absolutely cannot get enough of this stuff and if you've never given it a go then you're just missing out. Everything about it just shouts "DRINK ME!".

Notorious Pink is a special blush cuvée made from 100% Grenache, the leading grape varietal at Domaine la Colombette in the south of France’s Lanquedoc region. The innovative name, packaging and luxury appeal are the creation of Notorious Wines Inc. Notorious Pink Rosé on it’s own works as a “session” beverage, meaning, you can sip on it responsibly throughout an activity and not worry about getting overly intoxicated. It’s relatively lower alcohol than drinking cocktails and lower in sulphites than white or red wine. Because it’s dry, it yields a lot less calories too. 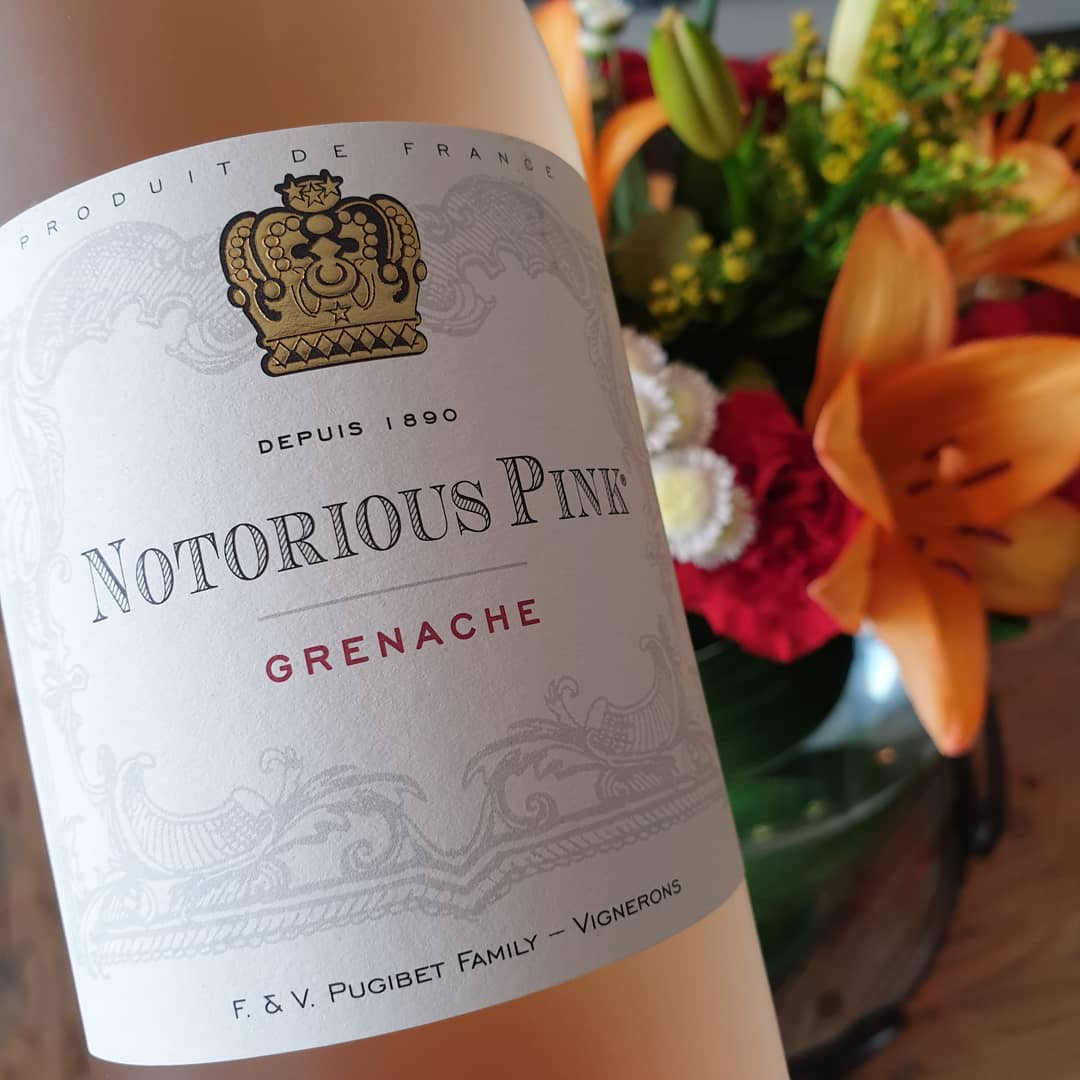 Simple and amazing. You'll be back for more before you know it. Cheers!

If you've never heard of Bisol then where have you been?! They're one of, if not the greatest producer of Prosecco in the world. The quality is three steps above anything else. You need to know more about these guys!

What makes this Prosecco label cherished throughout the world is their steep history in the region with their family originally grape growing back in 1542. All the If you've never heard of Bisol then where have you been?! They're one of, if not the greatest producer of Prosecco in the world. The quality is three steps above anything else. You need to know more about these guys!

What makes this Prosecco label cherished throughout the world is their steep history in the region with their family originally grape growing back in 1542. All the Prosecco produced by Bisol is Superiore from their 20 vineyard plots in the DOCG region to include holding 2 hectares in the Cartizze. They export to 69 countries internationally and produce 389,000 bottles to include 20,000 production of their Cartizze label.

Bisol is proudly located in the DOCG region of Prosecco which, as Mr Gianluca Bisol says, is the finest area for producing wonderful Glera grapes to make the best Prosecco which is rightly called Superiore.

“Remember, if you want to have the best impression of the value of this kind of grape (Glera) then the best results are from the hills, the highest and steepest hills that my family has owned since 21 generations of family from 1542.” Gianluca Bisol 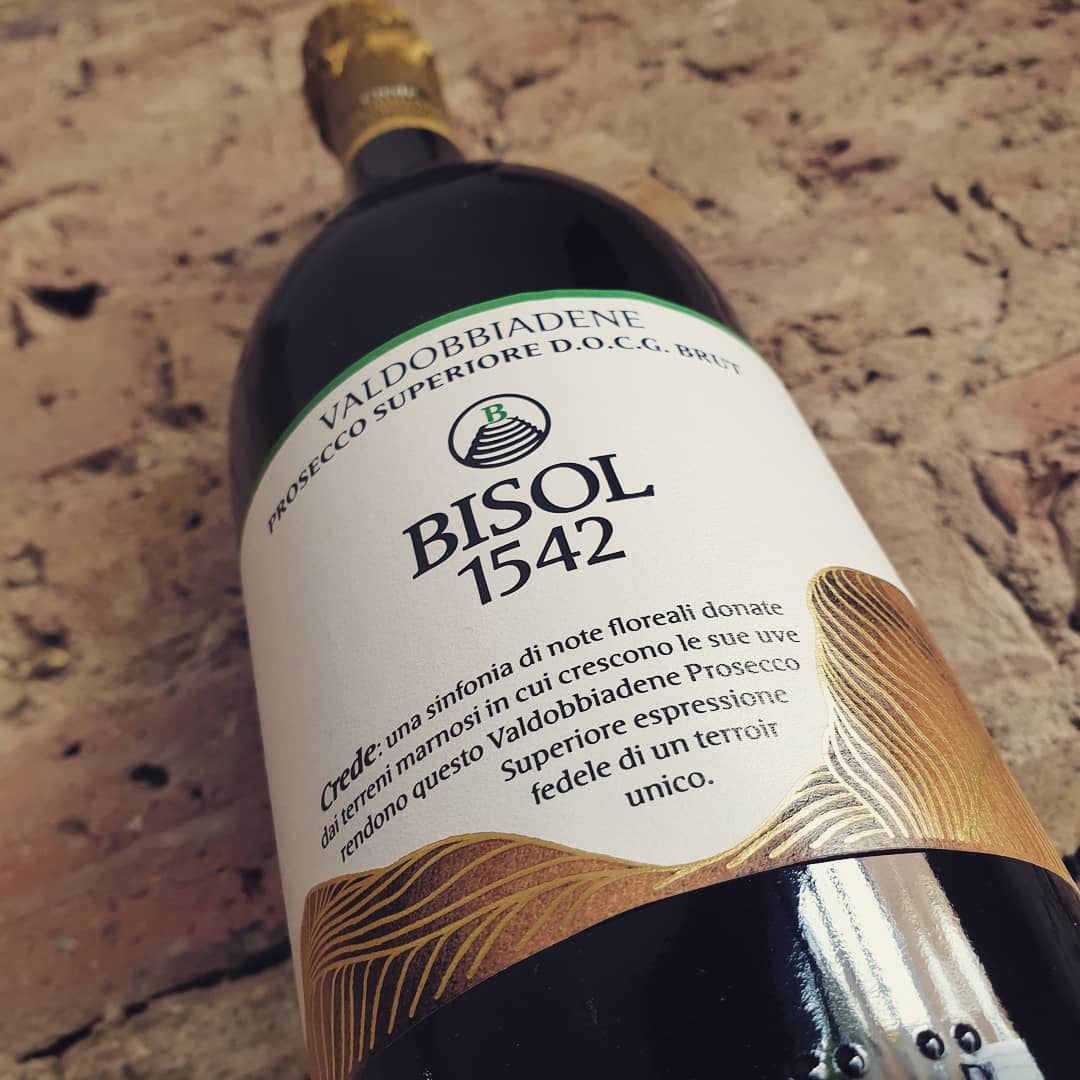 Bisol 1542 'Crede' Prosecco Superiore DOCG Brut NV @ £16.95 - Buy it here!
The color is a brilliant, light straw yellow with nuances of green, while the perlage features a myriad of minute and persistent bubbles. The bouquet of wildflowers is suitably intense, fresh and elegant and emanates an extremely agreeable fruitiness. The flavor reflects the fruity bouquet with its scents of apples and pears and the overall harmony is completed by a rich and fine sapidity.

Perfection in a bottle and there is nothing else to say. Cheers!