Welcome back to our weekly news blast, full of news from around the wine world!

The 10 crus of Beaujolais have instructed a series of working groups to identify and list individual climats by June next year, as they seek to emulate Burgundy by linking vineyards more closely to terroir.

The programme follows a four year study into the terroir across the Beaujolais crus of Brouilly, Côte de Brouilly, Regnié, Morgon, Chiroubles, Fleurie, Moulin à Vent, Chénas, Juliénas and Saint Amour that was published through a series of maps in 2014. The maps identified that the soils types of the Beaujolais crus are far more complex than previously thought. This lends weight to the idea of profiling and recording individual plots of vines, or climats, in a similar way to the Côte d’Or or Côte Chalonnaise in Burgundy.

Audrey Charton, president of the ODG des Crus du Beaujolais, said that this will be the first step towards asking for recognition of Premier Cru sites in the region, and that the climat list will be submitted for official recognition by French authorities in June 2016.

US police have begun selling off the lavish purchases of imprisoned wine fraudster Rudy Kurniawan in order to help repay millions of dollars that he owes to victims.

Rudy Kurniawan, who made cheap copies of some of the world’s finest and rarest wines in his Los Angeles kitchen, bought a range of luxury items with his profits. Fast cars were a particular penchant for the wine fraudster, also known as Dr Conti for his in-depth knowledge – and subsequent prolific counterfeiting – of Burgundy’s Domaine de la Romanée Conti wine estate.

US marshals will sell off three Kurniawan’s cars at auction on 29 October, including a 2008 Lamborghini Murciélago sports car with only 938 miles on the clock. The other cars to be auctioned, in Rancho Cucamonga, California, are a 2008 Land Rover Range Rover with 36,739 miles and a 2011 Mercedes Benz G-Class SUV with 866 miles on the clock. Prices estimates were not given.

Thousands of bottles of Kurniawan’s wine will also be sold off at a later date, the marshalls said. Those are the wines that were authenticated as genuine in Kurniawan’s cellar.

Winemakers in Priorat are pressuring Catalonia’s government to do more to replenish the Siurana river, claiming its absence has damaged local ecosystems.

Handmade signs dot roadsides in Priorat wine county stating in Catalan, ‘We want the Siurana River alive.’ The Siurana River snakes across Priorat until it reaches a diversion near the village of Poboleda.  From this point on the riverbed is dry, because water is piped to the neighboring Baix Camp and stored in the Riudecanyes Resevoir.

It is another example of water politics affecting the wine world. Frustration and increasingly hot vintages have fired up a group of Priorat winemakers to create a new association comprised of members from affected villages.

‘From the 1980s onwards, the river has been dry for the vast majority of the year,’ said Jordi Aixalà, the group’s spokesperson who is also winemaker at his Aixalà Alcait winery and the former mayor of Torroja. ‘This lack of water has heavily increased the overall humidity in Priorat and has been detrimental to curb the rising temperatures in the region overall as we’re lacking this natural climactic regulation.’

Welcome to our weekly newsletter! Containing interesting snippets of news from around the wine world...

A Chateau Margaux auction spanning more than 100 years of vintages was held by Sotheby's in New York. Sotheby’s said its Chateau Margaux auction held in New York on Saturday (17 October) fetched $2.77m, nearly double the firm’s pre-sale high estimate of $1.4m. Buyers from the Americas and Asia bid fiercely for top vintages of Chateau Margaux direct from the Medoc first growth’s cellars, reinforcing opinion within the trade that New York is a resurgent force in the fine wine auction game after several years as clear second best to Hong Kong. This latest result also offers a dose of perspective to those who decry Bordeaux as unfashionable and out of touch; albeit the auction scene is only one cog in a bigger fine wine trading market.

Of the more recent vintages, many buyers showed interest in Bordeaux 2000. Several 12 bottle lots of Chateau Margaux 2000 were among the most sought after wines and the individual lots sold for $36,750 each against a pre-sale top estimate of $15,000.

Top lot in the auction was a vertical collection of Margaux magnums from 1978 to 2012 inclusive and all signed by the chateau’s managing director, Paul Pontallier. It fetched $67,375, including buyer’s premium, versus a pre-sale high estimate of $50,000.

Drinking a glass of wine with an evening meal could help those with type 2 diabetes improve the management of their blood sugar levels, according to a new long-term health study. The research also found that sufferers of type 2 diabetes increased their cardiac health and improved their cholesterol levels when they drank a glass of red wine – thanks to the presence of antioxidants such as resveratrol.

The CASCADE (Cardiovascular Diabetes and Ethanol) trial is believed to be one of the first long-term alcohol health studies of its kind and was published in Annals of Internal Medicine. However, previous studies have urged caution in linking resveratrol in wine to specific health benefits. And diabetes support groups in the UK and US advise sufferers to manage their alcohol intake carefully to avoid potential problems.

The new study involved 224 people with type 2 diabetes, splitting them into three groups which consumed 150ml of mineral water, white wine or red wine with their evening meal every night for two years. Participants followed a Mediterranean diet without calorie restrictions.While red wine appeared to slightly improve heart health and suppress bad cholesterol, both red and white wine appeared to help to improve sugar control among those who metabolise alcohol slowly (roughly 80% of those studied). Those who drank wine also recorded a significant improvement in sleep quality, compared to those who consumed only mineral water.

Torres said that two revived wine grapes named Moneu and Gonfaus have ‘great promise’ for red wine production. It is the latest part of a long-running project that has seen Torres investigate and revive around 40 Spanish grape varieties previously cultivated in the Catalonia region since the 1980s.

And the move comes amid rising interest in forgotten grape varieties in several countries, with projects known to be underway in Italy, southern France, Switzerland and also Chile. Many of these are not deemed suitable for use in wine blends, but Torres is already using a couple of ancestral varieties – Querol and Garró – in its Gran Muralles blend. It thinks Moneu and Gonfaus could follow a similar path and may even be useful in dealing with the effects of climate change in Catalonia. ‘The Torres family discovered that these two varieties express their greatest potential in arid climates and under extreme conditions,’ said Torres. ‘Both varieties are extremely drought resistant.’

Good morning all! This week we've got some delicious warming reds open in store. We've also thrown a fab rich white into the mix. Pop in to try some some, you won't be disappointed, they're all 10% off this week!

If the sun wasn't enough for you how about the weekend too? Finally, a day off where you can sit in the sun! In an attempt to help all of you who are just going to be relaxing today, how about 10% off some wine? Today we have...

A really big and bold juice with all sorts of red and black fruit flavours. Interestingly heavy in the mouth but refreshing at the same time, who could say no?

Friday today, just incase you forgot! And for Fridays we always have something tasty on offer! Today its... 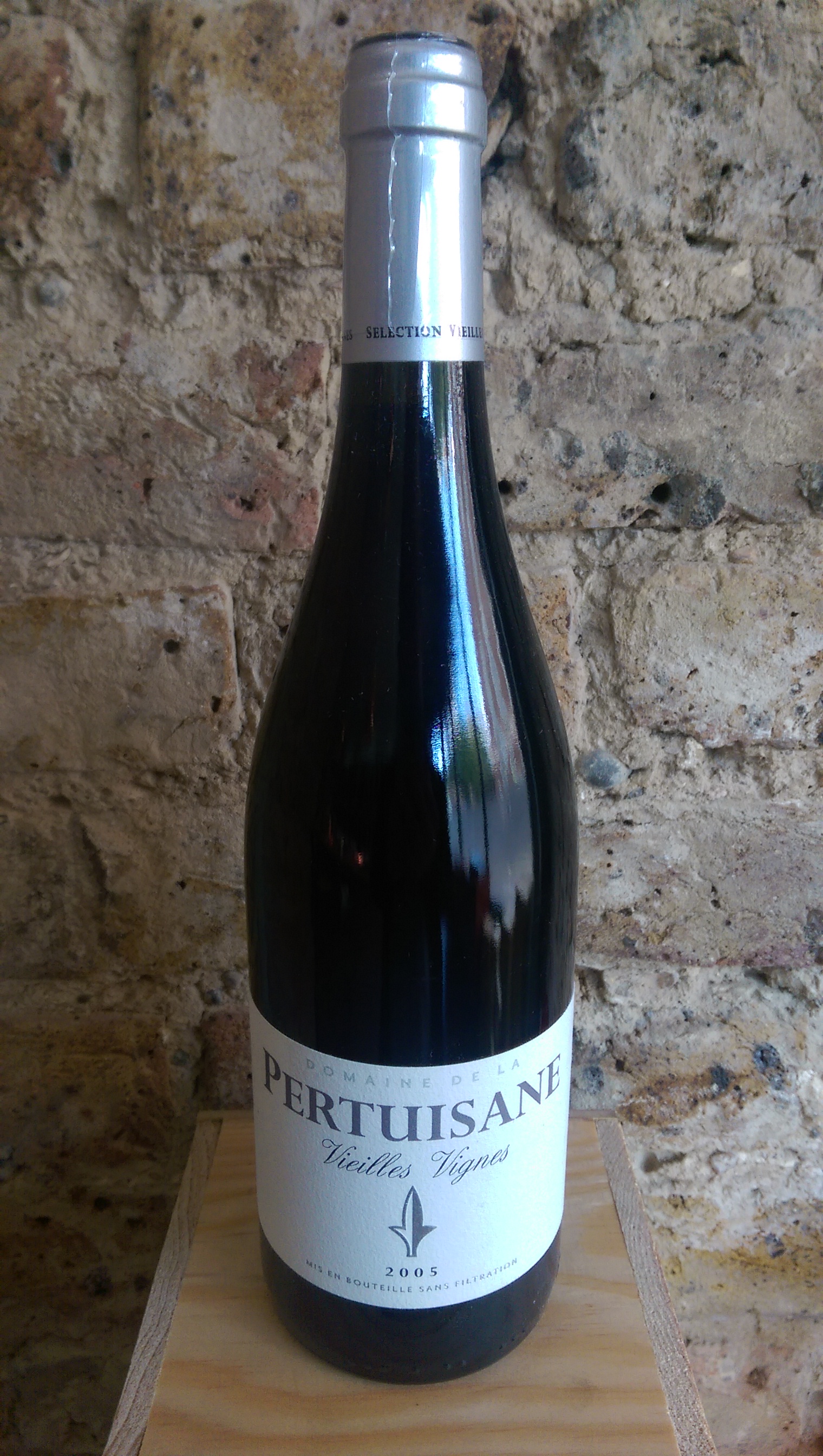 What a wine! Beautiful black fruit flavours here with an odd but enticing port-like flavour too. Minerality like a white wine here but otherwise a red through and through! 10% for this week as well so don't miss out!

Good morning wine lovers! The sun is finally shining after yesterday's monsoon - hurrah! We've decided to go with something a little lighter today... 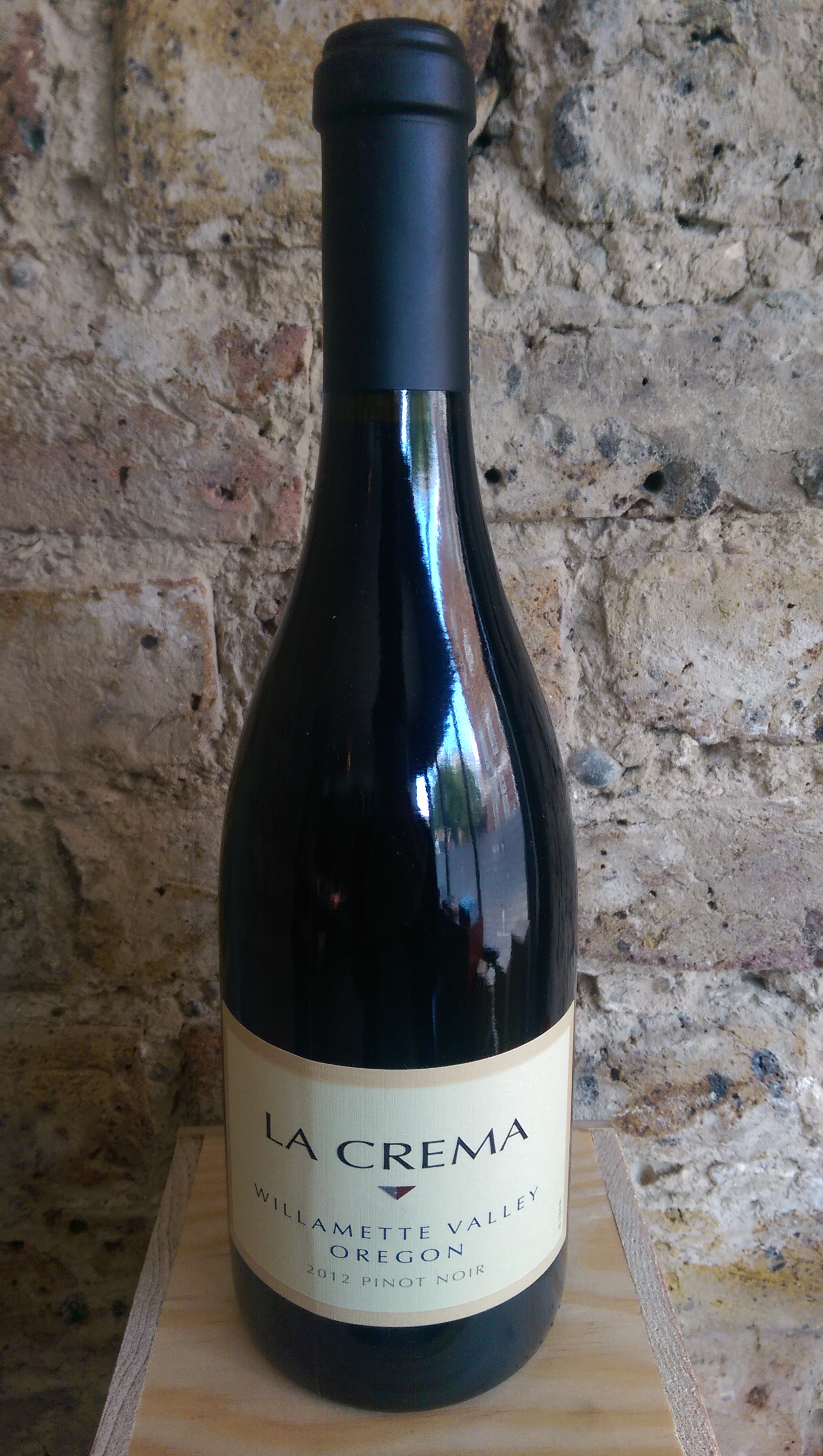 This gorgeous wine from Willamette Valley in Oregon, U.S.A. is a fuller bodied Pinot Noir. Much deeper in flavour than our other Pinots, it still retains its fruity red berry character whilst being sumptuous in the mouth. Beautifully soft tannins make this a perfect wine to drink on its own but also pairs wonderfully well with food. Come in and try it - it's 10% off this week!